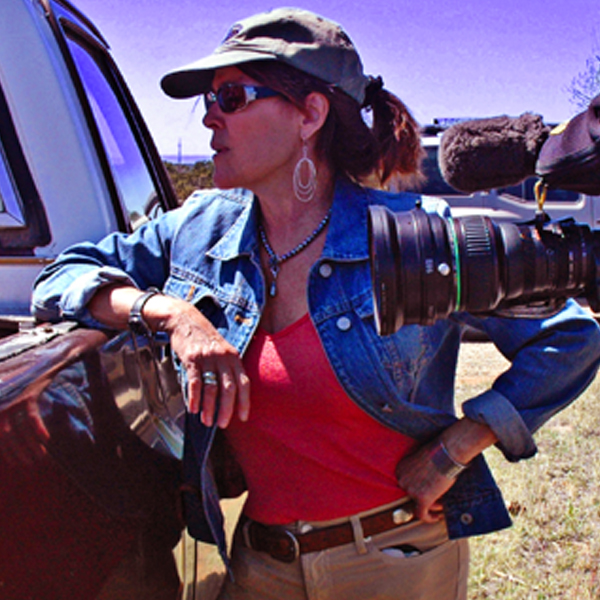 Lincoln has been an activist since her late teens on the East Coast. She attended film school in LA, and worked on productions at the American Film Institute. In the late-90's she worked at the University of Arizona's Center for Creative Photography and founded the acclaimed "More Exposure Project" which taught photography to at risk children.

Her previous award-winning documentary film, DROWNING RIVER celebrates the environmental activism of 1950's starlet, Katie Lee. It tells the story of this feisty woman's 50 year battle against the Arizona politics and corporate agendas which "murdered" her beloved Glen Canyon. The concept for the film grew out of Lincoln's concern for the massive disappearance of wilderness and the wild rivers in the West. 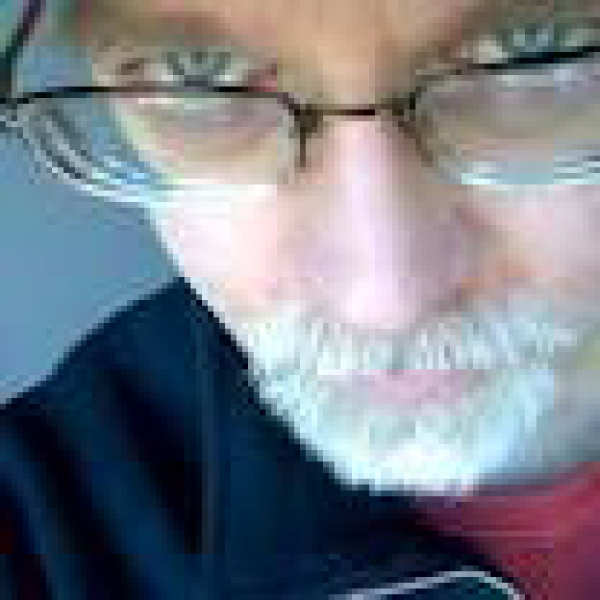 Engfehr has worked in all areas of television and film production and is best known for his work as the main editor and co-producer on two of Michael Moore's films, the Oscar-winning, BOWLING FOR COLUMBINE, for which he also won the American Cinema Editors award for best documentary editing, and Cannes Palme d'Or for box-office smash, FAHRENHEIT 9/11.

In addition to his collaborations with Moore, Engfehr also co-directed, THE YES MEN FIX THE WORLD, which won the audience award at Berlin and aired on HBO and, FAT, SICK & NEARLY DEAD, a humorous doc about weight loss and self-realization that was released theatrically in 2011.

Engfehr has continued to work in a variety of capacities on numerous films including producing: NO MANIFESTO, AMERICA THE BEAUTIFUL and editing: SEAMLESS, TRUMBO, UNRAVELED, A PEOPLE UNCOUNTED, JUST DO IT and also consulted on WAKE UP and BLAST! 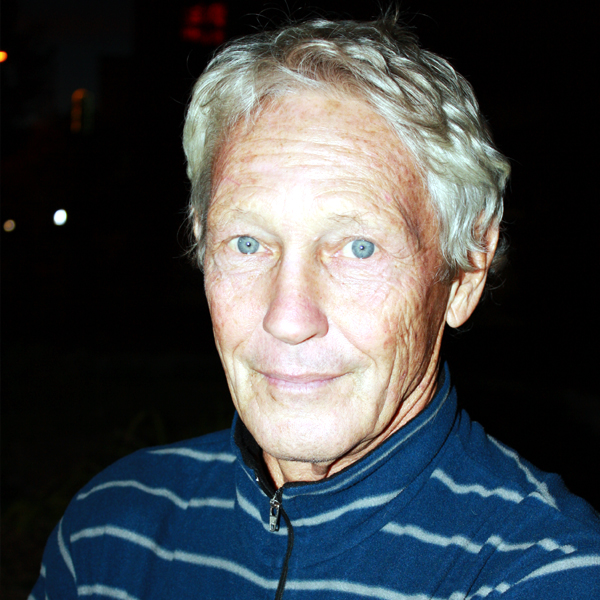 The first job that lured George into documentary filmmaking was being a production assistant on the historic documentary WOODSTOCK. After receiving an MFA in Film and Television from Carnegie Mellon University, George has become a well-known cinematographer. He shoots in wild and scenic places for National Geographic, Discovery, BBC and NHK. George's cinematography credits include: TROUT GRASS, THE GRAND CANYON, THE CROCODILES OF THE ORINOCO, YELLOWSTONE, TALES OF BELIZE and LETHAL AND DANGEROUS. 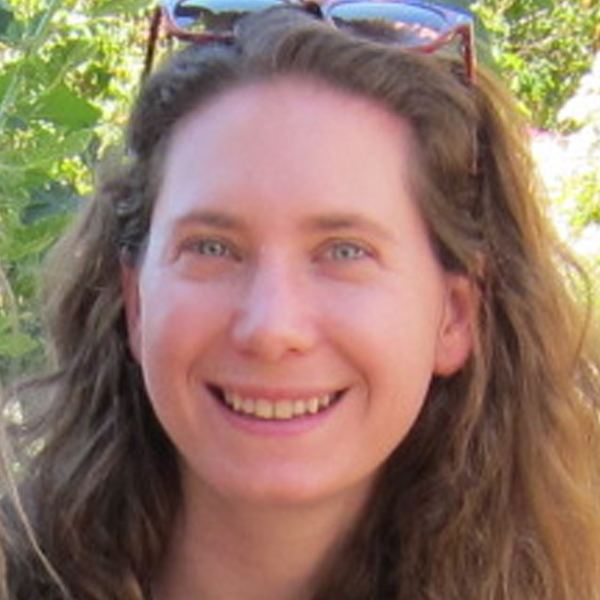 Ariana has handled archival research and licensing on many documentaries including award-winning films like TRUMBO, SYMPHONY OF THE SOIL, and BILL W. She is also the Producer of the Tribeca Film release BOYS OF SUMMER which was broadcast on ESPN ad Sundance Channel, as well as a number of short films. Ariana began her career on location and spent ten years working in New York film development and production positions before moving to Northern California.

James has worked for over 20 years in post-production facilities in Los Angeles, Chicago, Denver, Minneapolis and Phoenix. His clients include numerous ad agencies, independent filmmakers, and a host of others. He is the recipient of the ProMax Gold Award and numerous Telly's. Some past clients include: FOX Television, CBS, Starz/Encore, Hallmark, MADtv, Paisley Park and J. Walter Thompson. Currently he operates his own design studio for film, television and web content.

Vicki has worked for over 25 years as a legal secretary and litigation paralegal in Arizona, Colorado and California. Her experience in the legal field has enabled her to transition into the world of documentary filmmaking, specializing in legal issues and logistics. 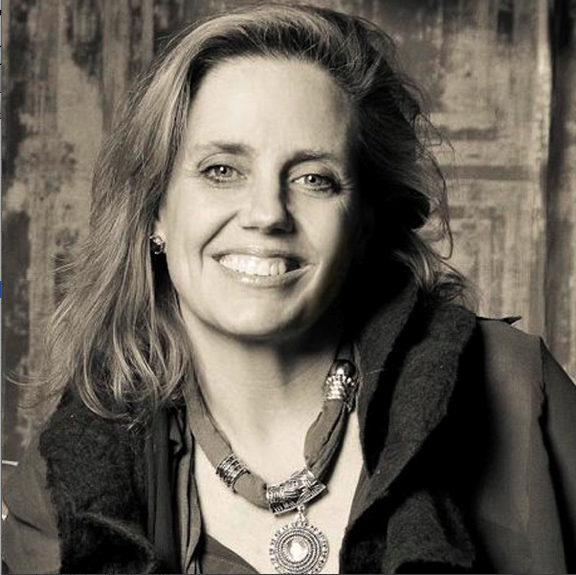 Dreyfous is the co-founder of Impact Partners and has a wide background in the arts, long experience in consulting in the philanthropic sector, and is active on many boards and initiatives. Geralyn is also the Founder/ Board Chair of the Utah Film Center and a charter member of the Utah Coalition for Film and Media. Geralyn's executive producing and producing credits include the Academy Award winning BORN INTO BROTHELS, Emmy nominated THE DAY MY GOD DIED; and multiple film festival winners such as KICK LIKE A GIRL, IN A DREAM, DHAMMA BROTHERS, PROJECT KASHMIR, MISS REPRESENTATION, CONNECTED, THE INVISIBLE WAR, ANITA, THE CRASH REEL and THE SQUARE. 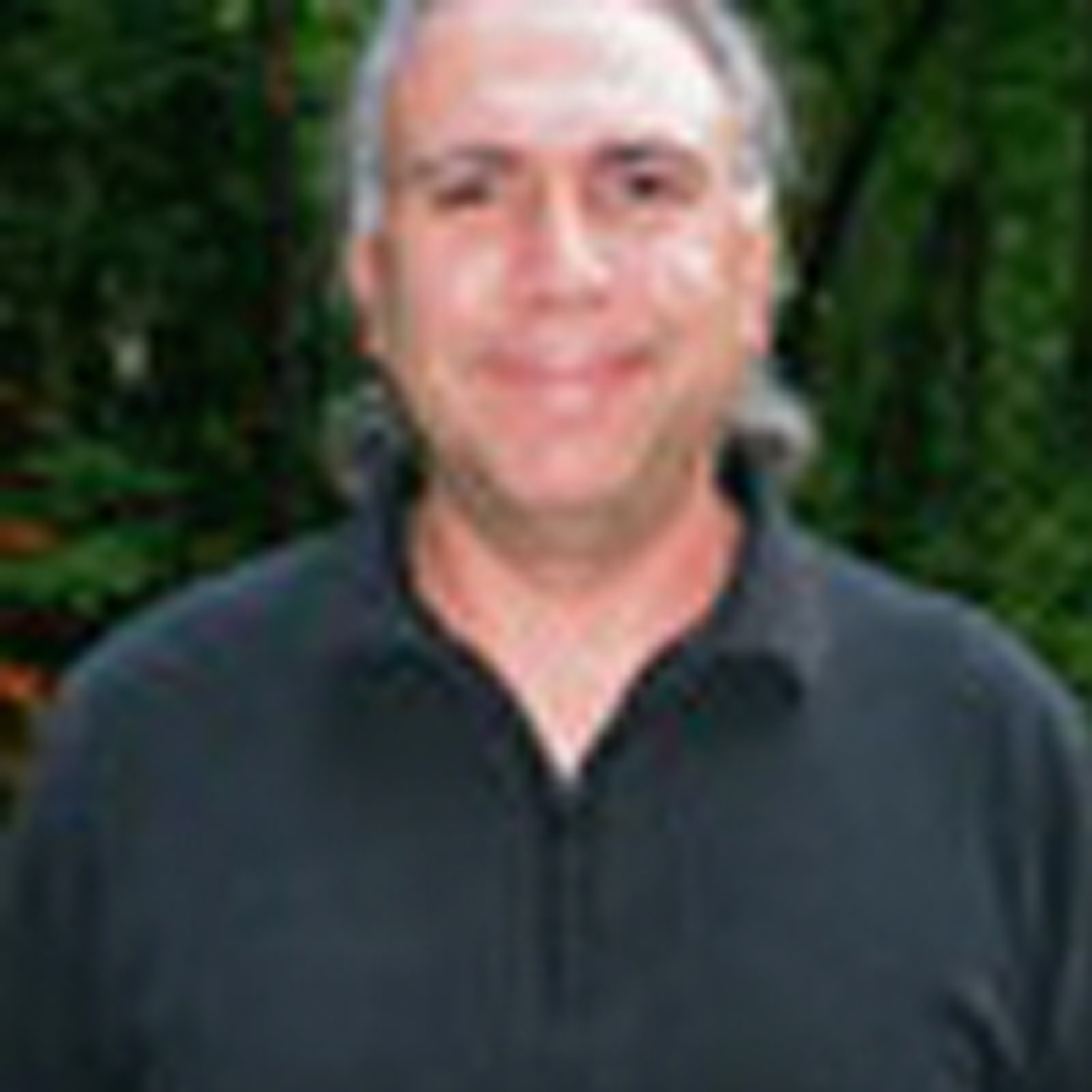 Patrick is an Emmy Award winning editor. He worked as editor and co-director on AT THE EDGE OF THE WORLD, a documentary that follows Paul Watson's Sea Shepherd vessels as they pursued the Japanese whaling fleet off the coast of Antarctica. Patrick recut HBO's film MONTANA METH, and he was also the supervising producer. MONTANA METH was chosen to be the opening night film at the Big Sky Documentary Film Festival.

Patrick has recently finished two feature documentaries GREEDY LYING BASTARDS, a documentary that exposes the fossil fuel industry and a documentary exploring the life of Alcoholics Anonymous co-founder, Bill Wilson. He has also worked on numerous projects for HBO, PBS and A&E. 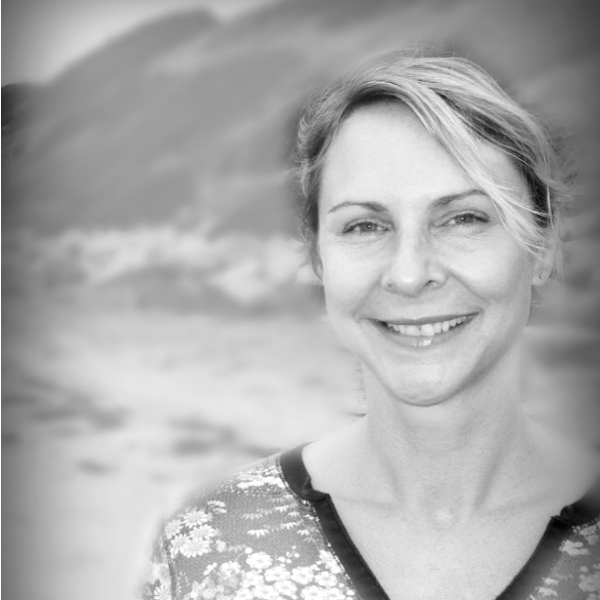 Kristi has produced numerous projects for highly acclaimed artists, filmmakers and creative companies. She served as Director of Development for Postmodern Company, a Denver-based production and post-production studio. Previously she was a commercial animation producer at the celebrated Celluloid Studios and started her career in a variety of crew positions on films and commercials. She holds a Masters Degree in Communications and was on the board for the Flagstaff Mountain Film Festival, Northern Arizona University’s Cinema Studies Program and the Coconino Film Collective before recently relocating to Austin, TX.

One of her proudest accomplishments has been as an active Big Sister through Big Brothers/Big Sisters for over 15 years. 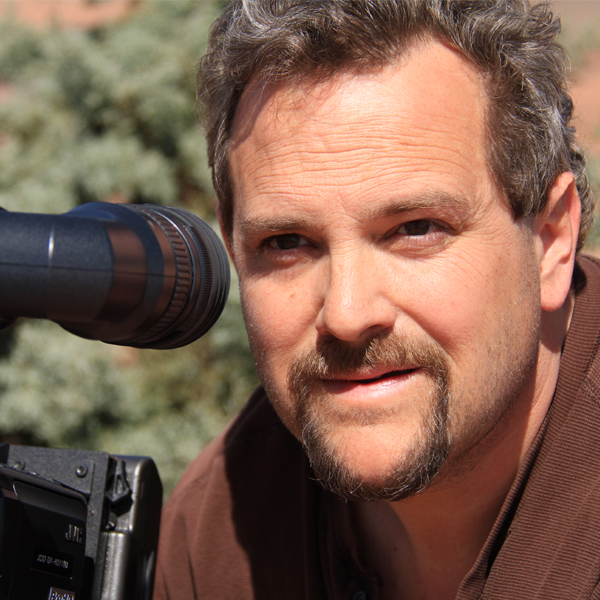 Bryan has worked in the entertainment industry in a variety of positions including producer, director, and editor for both film and television. Reinhart produced the nationally televised AMERICAN HIGHWAYS for Public Television. In the 1980's, Reinhart started his own television production company and produced corporate and industrial projects for Fortune 500 companies as well as documentaries. Several of his documentaries were aired nationally on public television. CLASSROOM UNDER THE CANOPY, filmed in Costa Rica, was produced in cooperation with Indiana University and the Indianapolis Zoo. His documentary, THE EYES OF NEPAL, aired in Australia and the US. 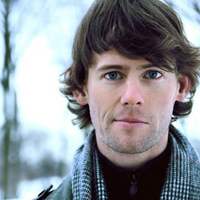 Parker has worked in production and post production as a freelancer for the past three years. Recent gigs include post production supervision at Studio 13 in New York City and wearing various hats in the post department on DON PEYOTE, a feature film starring Dan Fogler, Anne Hathaway, and Josh Duhamel. Parker also worked as an Assistant Editor on the recent online interactive project FINDING CODY, featuring Cody Simpson. Other skillsets on Parker's resume include After Effects and script/story development. When not up to his ears in log notes, stringouts, transcoding, and what-have-you, Parker lives and dies by Washington Capitals hockey. 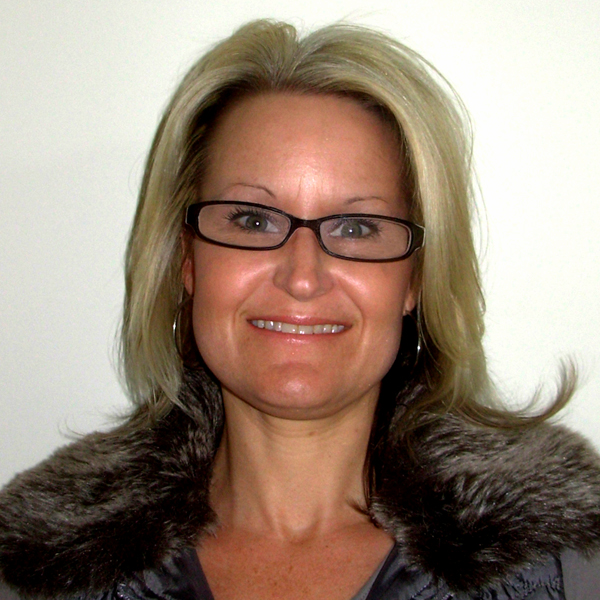 Lyseth brings over 20 years of administrative experience to the Wrenched team. She has worked in the private sector for small business owners and in higher education managing the offices of university professors, community college deans, and community college president. She also serves on the board for a local non-profit. Her administrative background and community involvement have provided Lyseth the opportunity to liaison with diverse groups and organizations, which led to a fitting transition into coordinating outreach efforts for the film.

Peter Broderick, Distribution Strategist, advises WRENCHED on distribution, outreach, financing options and technologies. Peter has advised on numerous other documentary films including PRODIGAL SONS, KEEP THE RIVER ON YOUR RIGHT, WAITING FOR HOCKNEY, and KING CORN .

Jeremy Hawkes started his film education at the Zaki Gordon Institute for Independent Filmmaking over 10 years ago. He went on to work for the Northern Arizona NBC affiliate as a commercial videographer and floor director for news. Later, Jeremy returned to the Zaki Gordon Institute, but this time as a Filmmaking Specialist, where he currently instructs. Additionally, Jeremy has worked on numerous independent film productions as a Producer, Cinematographer and Gaffer/Grip. Some of his credits include Producer and Executive Producer on feature documentary "Reality Check" and Cinematographer on award-winning "Kadish Hashim."